TRENTEMØLLER USA tour part 1 teaser for The Cabin Project….album out 1st of September !

BABY -a shortfilm by Camilla Ramonn 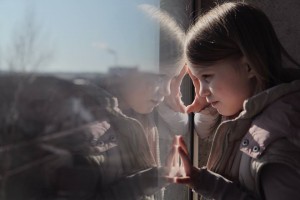 About a year ago I was asked to write a music score for this short film. I got the manuscript and Camilla explained to me what the story was all about…her special poetic visions on the filming; wishes on sound & music and general take on it. Camilla is a new and very talented director. I realized the depth and raw emotions was the center of the core for her (Yes, she is that kind of artist) and I started to make some sketches for her to listen to. We ended up choosing a piece called Interlude as the main theme. A piece I recorded on my upright piano at home some years ago for my album So, Hoes & Heroes.
I asked my long time partner and co producer Jakob Høyer to join me on this project as he is a very creative force and highly skilled engineer.
We ended up playing the Interlude theme on various instruments including a glass harmonica, vibraphone and electric guitars adding voices, drums and other stuff to the atmosphere in the story. It was a great experience, a lot of fun to do and a very interesting process. I really admire Camilla Ramonn her true gut and skills as a director.  I’m also really happy to have had the experience to work with the sound designer Perter Albrechtsen who is amazing and took me under his wing on this project. It was also a great privilege and very inspiering to meet and work with the editor Åsa Mossberg.

The film had premiere on the CPH:PIX in Denmark 2014. I hope to upload it here on my website soon as it is available online!